You do not have to be a regular churchgoer to get married in the Church of England. The Church means you can make your solemn promises to each other, not just in front of your family and friends, but also in the sight of God. Here we have put together a quick guide to a Church of England wedding.

Before You Can Get Married

In order to get married in the Church of England, you have to go through one of these 4 rites:

The minister tell you which is most suitable for you but the traditional publication of banns is the preferred method for most couples.

Alongside the wedding preparations it is also important to spend time as a couple talking through your expectations of marriage. However much you think you have in common, you are still two separate individuals with different backgrounds, personalities, experiences, hopes and fears. The Church of England sees marriage as a life long commitment. So, the Church of England offers marriage preparation for engaged couples, as well as support and counselling throughout the marriage. The minister will ask you and your partner to attend a meeting to discuss your forthcoming marriage and how a Christian marriage works. This is when the type of ceremony, hymns, readings, poems and music are chosen. It also gives you an opportunity to think through possible areas of difficulty and how you will handle them as a couple. 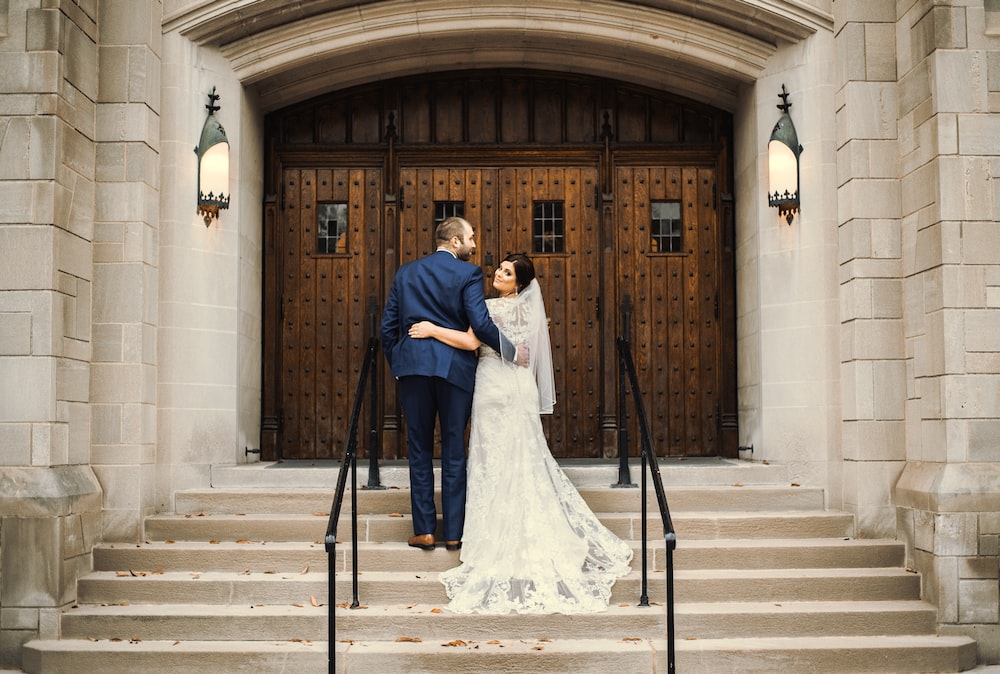 A rehearsal normally happens in the week before the wedding. All of the bridal party, including the bride, groom, best man and chief bridesmaid attend the rehearsal. You might also want to include your parents, especially if they have a role in the service. The minister will run through the service, everyone will be shown their role and the rough timings will be finalised.

The rehearsal also serves as a meeting time for all of the wedding party, and a chance for members of the party who haven’t met to be introduced. Couples often take this opportunity to have a meal or similar gathering together, and celebrate the beginning of the wedding celebrations!

Setting up the Ceremony

The ushers should be the first to arrive at the church, about forty-five minutes before the ceremony. The ushers’ role is to make sure that everyone has an order of service, prayer and hymn books and seating everyone correctly. The front right-hand pew is reserved for the groom and the best man. The groom’s close family sit in the second pew behind the groom. The front left-hand pew is reserved for the bride’s parents and her attendants.

The groom and best man are next to arrive at least thirty minutes beforehand. Guests usually arrive fifteen to twenty minutes before the ceremony. The organist then starts playing the prelude music.

The minister will welcome the congregation and read an introduction about Christian marriage. They will also ask if anyone knows any reason why the marriage may not lawfully take place.

Turning to each other, the bride and groom take each other’s right hand and make vows:

‘To have and to hold
from this day forward;
for better, for worse,
for richer, for poorer,
in sickness and in health,
to love and to cherish,
till death us do part’

The couple then exchange rings with a reminder of the vows:

‘With my body I honour you,
all that I am I give to you,
and all that I have I share with you,
within the love of God,
Father, Son and Holy Spirit.’

These are the most traditional forms of these vows but different wording is possible which you can discuss with your minister. Similarly, you may wish to help choose the prayers or to write your own. Also, there is usually one or more readings (one of which should be from the Bible) and the minister will generally give a talk or sermon. This might be on marriage in general, or if he knows you both well, on your own personal relationship.

The minister will then declare that you are now husband and wife. After you have exchanged your vows, the bride, groom and two witnesses sign the register. There may be a final hymn or prayer before the newly married couple leave the church with the bridesmaids and the couple’s families following them out of the church, then the rest of the congregation. This recessional is usually accompanied by  bright and uplifting music.

Church Warden at The Church of St John the Baptist in Kingston Lisle, Arthur Marment is the advisory voice for modern and traditional church weddings at Guides for Brides.
Find a supplier
You may also like
Categories